IcyBreeze On Stage With Rascal Flatts 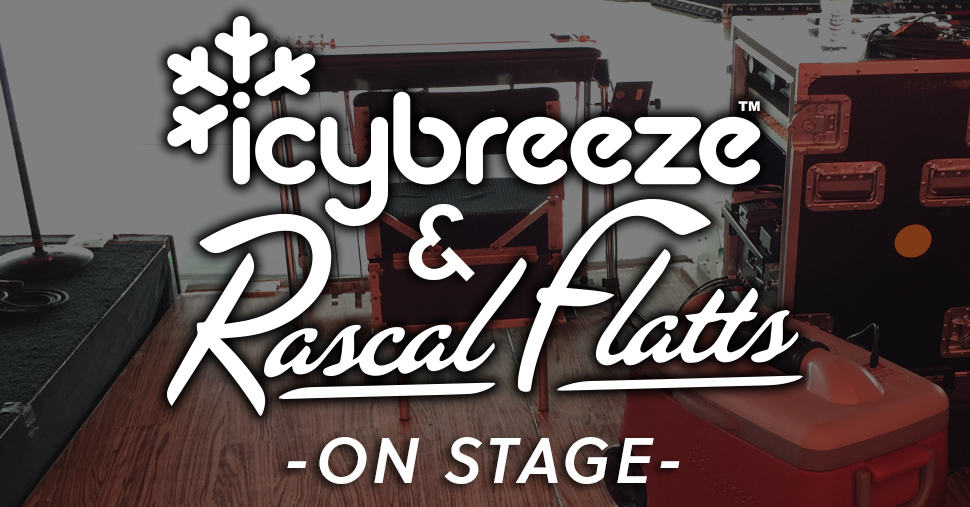 Let us introduce you to Travis Toy of Rascal Flatts.

Travis grew up in Midway, KY and has since made his way to Nashville proving to be a huge success in country music. Travis has been touring with country music's Rascal Flatts since 2004, and has collaborated with other big names like Jason Aldean, Brad Paisley, Sheryl Crow and many others.

Although he's known for tearing it up on the pedal steel guitar, Travis also plays the drums, bass guitar, dobro, and banjo. Responsible for all the the gnarly steel guitar riffs heard in various Rasacal Flatts hits, Travis has numerous on stage performances under his belt, and if there's one thing he knows...

...It's how hot and sweaty you can get up there on stage.

Between the lights beating down, and jumping around - performing a live a show is nothing short of an intense workout. Anything to keep yourself cool and hydrated while on stage is a Godsend! 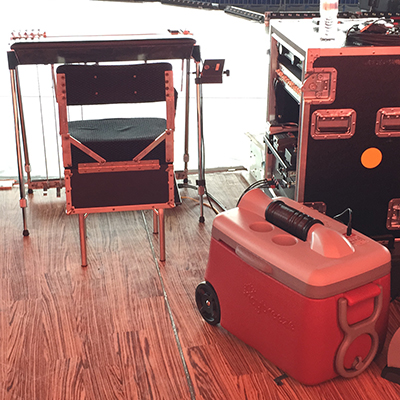 that Travis trusts his Icybreeze to get the job done.

Travis keeps his IcyBreeze close by. Perfectly positioned right behind the seat of his steel guitar, the IcyBreeze portable air conditioner blows ice-cold air directly on Travis throughout his entire performance.

Not only is the heavenly breeze a blessing, but the ability to keep ice-cold drinks within an arms reach at any point during the show is a lifesaver. Wrapping up this summer - Icybreeze has been a great companion to Travis through plenty of hot summer days and outdoor performances.

While touring a musician hauls around plenty of gear - it's not ridiculous to want to be as minimal as possible when it comes to everything you have to set up and carry round. The Icybreeze is compact, lightweight and small compared to any other alternative - it's optional power supply or rechargeable battery makes it the only truly portable air conditioner that won't weigh you down.

Along with keeping you cool, the Icybreeze also keeps your beverages ice-cold. This 2-in-1 cooler has has you covered!

Travis gives us a quick tour of the stage and how he uses his Icybreeze:

What exactly is the IcyBreeze?

The IcyBreeze is an entirely portable battery-powered air conditioner that provides cool air wherever and whenever you need it. All you need to run the Icybreeze is a couple bags of ice and some water. When turned on, chilled water circulates through a special built-in radiator. A three-speed fan draws air in through the radiator and blows ice-cold air out the vent at up to 25 miles per hour. It's a cooler too, keeping your drinks and you cool!