5 Items to make your Tailgate Awesome 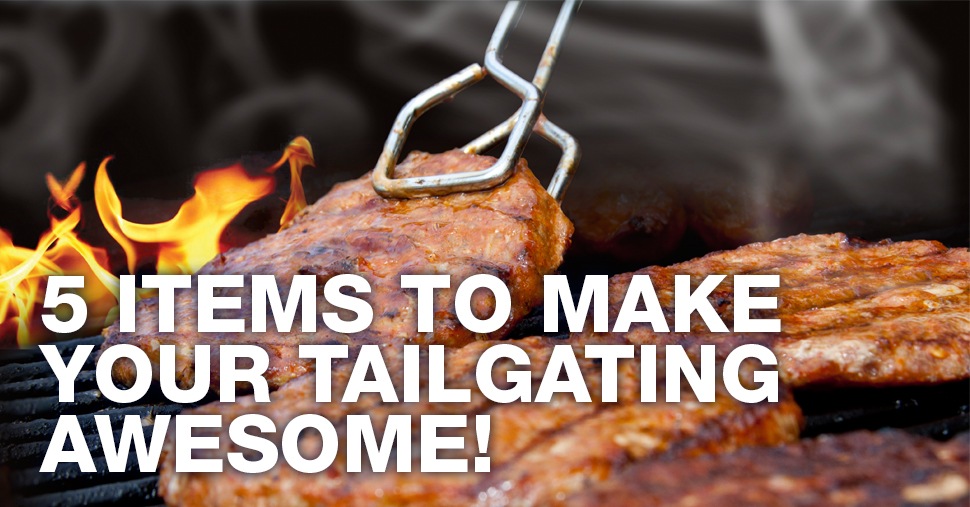 Its football season again, the most wonderful time of the year (sorry Christmas, you know its true.) And with football season comes tailgating and hanging out with friends that for the rest of the year you kinda forgot you had. That happens to you too right? I mean yeah, there are your core friends that you have all year and the ones you’ve known for a decade but still have to make an effort to remember their name. Then there’s always the one guy who shows up with some new gadget, and it’s always just, like, the coolest. We’ll just have to assume his name is Chad until someone corrects you and it’s just a hilarious misunderstanding. This is the year to one up Chad, or whatever his name is, and be the cool guy at the tailgate.

Not a sexy start, I know, but stick with me. Its 9:30 and you’ve been hitting your alarm clock since 7:00 and you need to be at your spot in an hour, and there’s all that game day traffic (I’m assuming your team is good in this scenario. Make adjustments as you need to Kansas fans.), and you refuse to relive The Great Veggie Tray Debacle of 2002. What options do you have? You could grab some hot dogs and buns from the quick shop on the way to the game and just hope someone else brought mustard. The effort is there and they won’t run you out of the party, unless you thought it was okay to buy Bar-S brand hot dogs, in which case you probably should have just brought plates or something.

Unless, of course, you have a vacuum sealed marinator. With normal marinating, the longer the meat sits in whatever concoction of beer, chili peppers, and garlic powder you decide is popular at the time, the more flavor goes into the meat. The vacuum seal speeds up the process. One hour in the vacuum sealer is equal to about 8 hours of traditional soaking. So, if time equals quality, this thing is basically a tailgate time machine that transforms you into the master of the Time-Grill-Space continuum. 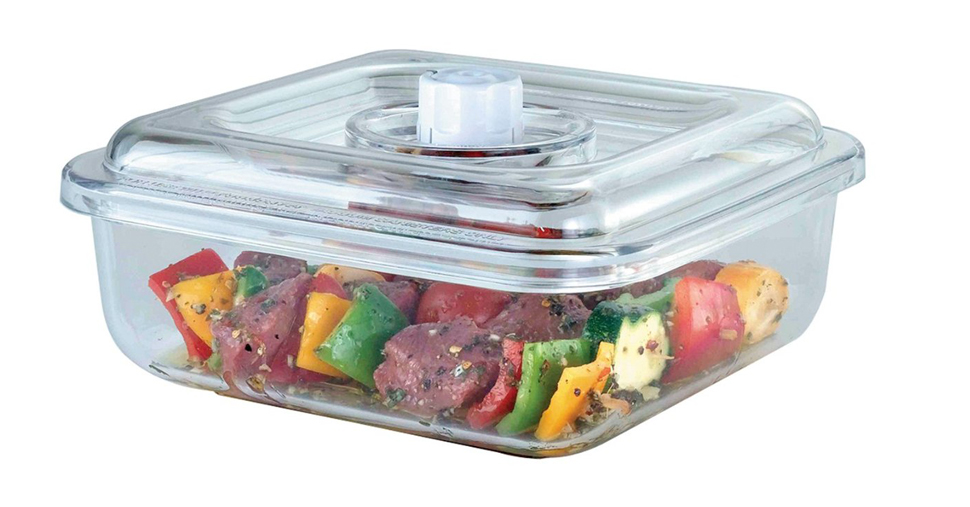 It takes a lot of work to be a dedicated football fan. Especially in modern tailgates with generators, TVs, satellite dishes, and bouncy castles everyone seems to have at their pregame location anymore. What’s that? No one has bouncy castles at tailgates? A man can only dream of better days. Anyway, most of this stuff is pretty easy to set up once you have a bit of practice, but if you’re anything like me, the first thing you do after arriving at your spot of crack open a beer. And if there’s one thing my trigonometry teacher taught me, it’s that drinking and math only rarely work together. Trying to find an open tree line, measure vertices to form a perfect triangle with Orion’s belt while looking directly into the sun is exhausting at the best of times, and doubly so when you’re limited to one working hand.

Enter the Slingbox. Connect to your cable box at home and make sure it has an internet connection. The Slingbox will let you watch your TV from anywhere you could mock your friends who root for Tech on Facebook. Most stadiums and college campuses have Wi-Fi. So, while you might have to bribe a blackout drunk frat boy with a half dozen chicken wings to get the password, it’s still better than staring at the sun through a protractor, and if your ever ambitious enough you could use the extra time you saved to setup your very own bouncy castle. 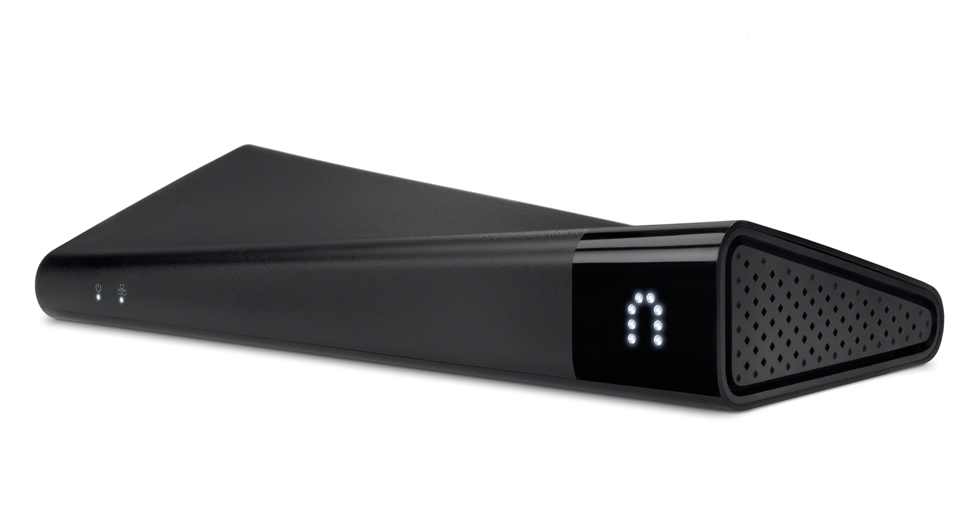 Easily the worst part of tailgating is the bugs. They’re everywhere, invading your territory. For too long, you’ve swatted futilely with your hand or a rolled up newspaper and you’re mad about it. But finally there’s a product that can even the tables, the Bug-A-Salt. A shotgun that shoots salt. Lethal to flies, annoying to Chad, and a quick fix for a flavorless burger. 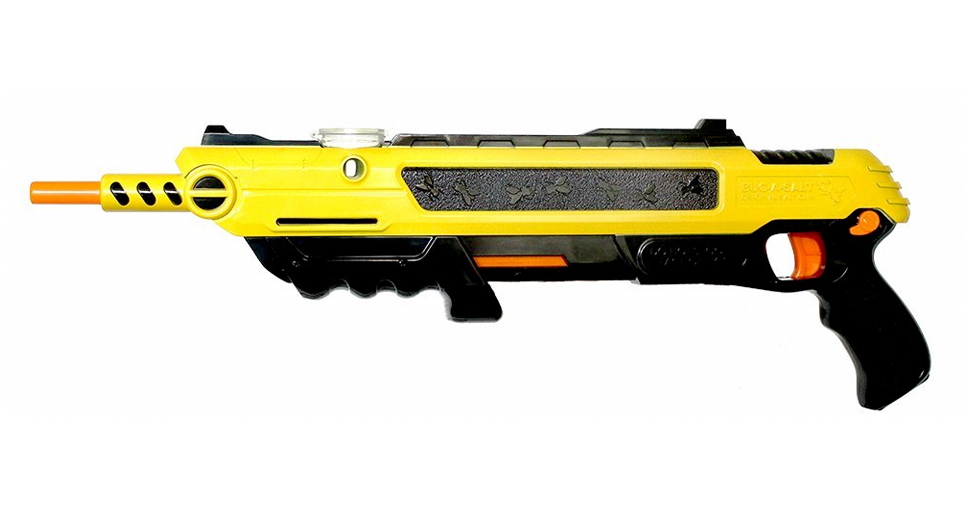 When people picture football season, everyone always imagines cold weather and hats made of cheese. Stylish hats withstanding, Football season starts in early September. So what, you ask? That’s only a few days removed from August, the hottest month of the year. And you’ve been running around for the last 30 minutes waging a personal war on anything that buzzes, bites, or flies in a 20 foot radius. A war, that went pretty well. You’re still standing, and they can’t say the same, but they’ll be back. And you’ll dutifully answer the call. For now its time to cool off, but you’re outside, it’s almost August and it’s probably 92 degrees outside. You could grab a beer from your cooler and wipe the condensation from it on your brow. You’ll get weird water marks on your shirt and Chad will definitely scoff at you.

Or you could use an IcyBreeze. It’s a cooler, but more importantly, it’s an air conditioner. It runs ice water inside the cooler through a radiator and the chilled air gets blown out by a fan, cooling you down by about 35 degrees. The scoffing would turn into a conversation starter real fast, especially if you menacingly hold the Bug-A-Salt while cooling down. 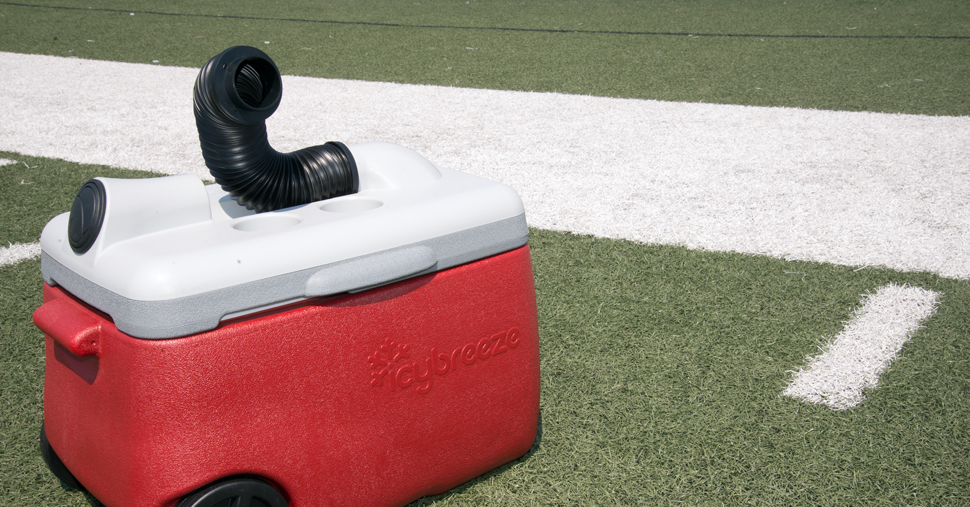 Everyone who enters a tailgate party knows that the game is the real event, but the party doesn’t have to stop just because you go inside the stadium. The Beer Belly solves a problem you didn’t even know you had. If Chad asked you if you’d like a Bud Light for $8 at the tailgate, unfriendly words would be exchanged. Why do stadiums get away with it? Simple, you don’t want to leave and they host the only game in town. Maybe that’s not the best analogy since they are also currently hosting the literal only game in town, but let’s not get tripped up by technicalities.

The Beer Belly is a flask that you wear over your actual belly. Don’t feel left out ladies, they also make a product called The Wine Rack which does the same thing, just on a different article of clothing. If you’re really feeling enterprising, you could wear both. Just remember to share once you’re inside the stadium and you’ll be the hero of the tailgate, not Chad.

5 Ultimate Gift Ideas For The Man In Your Life

Its that time of year again and if you’re like me you have a special guy in your life that is tough and tougher to shop for so I’m going to try and help you out with some great men's gift ideas that are sure to make him smile and make him the envy of all his [...]

IcyBreeze is one of the great gift items in the Kim Komando Show's 20th Annual Great Giveaway. Enter to WIN A FREE IcyBreeze Whiteout package plus many other fantastic gifts. This contest is too good to pass up, so enter today and every day through December 28 to boost your chances of winning.From the Kim Komando [...]

DIY Network's "I Want That" will feature the IcyBreeze Portable Air Conditioner & Cooler this coming Friday November 20th @ 5pm EST in the networks Season 6 Episode 6 show. "We are excited to have our product included on the DIY Network's show "I Want That" to further educate our customers and reach new [...]

Whether you are a baseball player or a parent, nothing is worse than dealing with heat in the summer. Every season, parents check off their list of essential baseball equipment and performance necessities: bat, glove, uniform, lessons... and on it goes.When it comes to hot summertime heat, we look for every possible advantage we can give to either our child [...]

IcyBreeze is pleased to announce that consumers can now buy IcyBreeze at Wayfair.com, a market leading online home store. “The IcyBreeze has so many different environments where it can be used, including the home for both indoor and outdoor use." says Jason Shackelford, VP of Sales & Marketing. "We have many customers using our product in the [...]

The IcyBreeze Chill PackageIcyBreeze announces the addition of the "Chill" to its line of portable cooler air conditioners. For those who don’t need the complete portability of a rechargeable battery, this package brings about a new price point. Born from customer demand, the Chill package includes everything you need for continuous air conditioner operation with the exception of [...]

7 Ways to Keep Your Toddler Cool During the Heat of the Day – Aqua Style!

We love to take our little ones outside to enjoy the fresh air. It’s a great opportunity for the kiddos to burn off all that crazy energy, and when you add water… they’ll go nuts!Warm, sunny days are some of the best times to get everyone out of the house for some fun, but with the fun, [...]

My wife has diagnosed me with a new condition, one I had never heard of before... Clark Griswold Syndrome. Not having a clue what she was talking about, I did my research and have concluded that I've been plagued by this illness for decades and my biggest fear is that men around the globe, just like me, suffer [...]

A Personal Air Conditioner in the Dugout... Say What?

A guest post from IcyBreeze contributor, Elizabeth T. Like any good baseball parent, I spend a lot of time at the ball field watching my kids scoop up grounders (and sometimes flowers, if they're in the outfield). I love to watch them play, especially in the spring, when the skies are blue and there's a gentle [...]